I remember convening Cairo Angels’ first pitch event in late 2011, at the Nile Kempinski where we still meet today. Six friends came along. Charlies Angels jokes were made, house rules were explained and we met our first cohort of startups. In those days being an angel investor in Egypt was more of an eccentric hobby than a serious business pursuit, great for dinner conversation, with a dollop of self congratulation for being so jolly socially responsible.

We knew we were trailblazing, that the first years would be a washout, and that by investing even in mediocre startups we were building bedrock (later called ecosystem) for us and others to stand on. Today, Cairo Angels alone receives 400 applications per year, has invested USD 2.4 million in 25 companies.

Like other Egyptian angels we have waited patiently, supporting our entrepreneurs, re-investing in them, bucking them up. Like others, some of our portfolio companies have gone away while others are gasping for air. But there has also been a noticeable recent shift. We now commonly see Series A and B rounds, and several of our angels are in advanced divestment discussions. We know that in Silicon Valley startups average 3 to 4 years from angel investment to exit. For Egypt that metric may be coming into focus: 6 to 8 years?

But if the angel community thinks its pay-day then they should think again. Institutional investors have been watching from the wings, biding their time, waiting for others to lay down the ecosystem fundamentals. They rarely have primary-equity mandates, and frequently lean on quirky debt instruments that don’t trigger tag alongs. In other words few of these shrewd investors are offering to buy out angels, even in part. And where angels are offered an exit, liquidation preferences often eat away our returns. If that trend continues angels will be the big ecosystem losers, and that’s bad for everyone. Because if we lose interest and stop investing, the entire pipeline dries up. To date most of Egypt’s biggest startup successes at some time called on angels to help them rise.

Angels have a proud reputation for being less aggressive with founders on terms and valuation, and less fixated on lengthy due diligence. That’s why we’re called angels. At the stages we invest the risks and variables are so great that we are better served to look broadly at the team, idea and prize. But Egyptian angels (maybe regional ones too, I don’t know) have an additional reputation for being too busy and too amateurish to get a good deal for themselves. That somehow, because we’re angels we don’t pay attention to the devilish detail. If that reputation is true then we deserve for the spoils of our work and our bets to be had by someone else.

I argue instead that as angels we must be doing three things:

First, ruthlessly secure our contractual rights in an eventual follow on financing. We must be getting liquidation preferences, and at least a partial exit on any capital transaction, equity or debt. And while we’re on the topic, each time you find yourself seated next to the executive of a startup focussed VC, or a development bank that funds them, be sure to hammer home the importance of angels being allowed to exit earlier than institutional investors. This must become a commonplace mandate.

Second, work across angel networks to extract economies of scale. Even meager legal fees kill our deals, or at least our appetite for them. But networks like Cairo Angels have good templates not to mention years of experience and are more than happy to share. Use the infrastructure we collectively have created.

Third, we have to do the work. Don’t get into angel investing if you’re not willing to get educated, read the documents and crunch the numbers. You would do it for your other investments in real estate or guilts. Do if for your startup investments too.

If we cannot muster the effort and muscle, then being a business angel will just be conflated with being a fool.

If you see something out of place or would like to contribute to this story, check out our Ethics and Policy section. 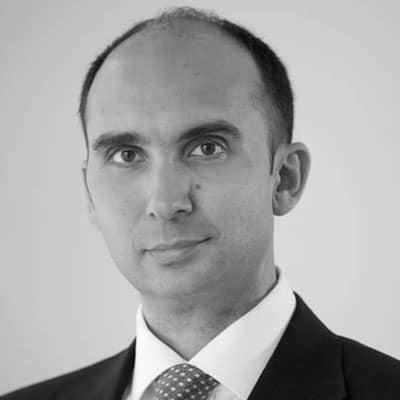 An Open Letter from a Sports Entrepreneur

Mentor Journey: It Will Only Look as Dark as you...

Emerging Markets Property Group (EMPG), a leading property portal group in emerging markets has merged with OLX Group, Prosus’s global classifieds business. The merger deal is in place in Pakistan, Egypt, Lebanon and the UAE. The agreement includes a $150...

END_OF_DOCUMENT_TOKEN_TO_BE_REPLACED

With all the uncertainty around the world, we interviewed different investors in the MENA region to understand how they have adjusted their investment strategies in light of coronavirus. We asked them about best practices for entrepreneurs, promising industries, and how...

END_OF_DOCUMENT_TOKEN_TO_BE_REPLACED

Community development, youth empowerment and volunteering have been areas of interest to Dania Al Masri and Fedaa Alhassan. Therefore, they decided to establish a digital community of generous volunteers under one app called Khadoum. Khadoum is an Arabic word that...

END_OF_DOCUMENT_TOKEN_TO_BE_REPLACED

The Egyptian National Telecom Regulatory Authority (NTRA) has released the latest internet usage statistics. The study focused on the period between the second week of March to the second week of April. During this period, Egypt took precautionary measures to...

END_OF_DOCUMENT_TOKEN_TO_BE_REPLACED

Disruptech, a newly formed $25 million fintech fund has made its first investments in two startups: Khazna and Brimore for undisclosed amounts. Disruptech was launched by Mohamed Okasha, Fawry’s co-founder and former managing director, and finance guru Malek Sultan at...

END_OF_DOCUMENT_TOKEN_TO_BE_REPLACED

Figures and curves are suggesting that the COVID-19 pandemic won’t be put to rest anytime soon. Social distancing has become the norm and almost everyone is either panicking or adapting in self isolation. From discovering new hobbies, working out, baking,...

END_OF_DOCUMENT_TOKEN_TO_BE_REPLACED

360VUZ, an immersive virtual mobile application has secured a $5.8M in a Series A investment round. The round was led by Shorooq Partners and joined by other leading VCs such as KBW Ventures, Media Visions, Vision Ventures, Hala Ventures, 500 Startups. The investment...

END_OF_DOCUMENT_TOKEN_TO_BE_REPLACED

After studying architecture and design at the American University of Sharjah, and working in the field of electronic marketing, Hazem Alhabbal decided to delve into something new. He launched Panda VoiceOver in Saudi Arabia, in 2015. Panda VoiceOver is a...

END_OF_DOCUMENT_TOKEN_TO_BE_REPLACED

TranferWise, a global low-cost digital money transfer service, is now operating in the UAE. This is the London-based company’s first branch in the Middle East and North Africa. Abu Dhabi will serve as the company’s hub for expansion elsewhere in...

END_OF_DOCUMENT_TOKEN_TO_BE_REPLACED

Dubai-based tech startup Eventtus raised an undisclosed amount of investment in a round led by existing investors Algebra Ventures. The last round Eventtus closed was in 2017, raising $2 million. Like many industries that were hit hard by the pandemic,...